Nike’s Kaepernick campaign earlier this month has seen lots of ink, including evaluations by marketing professionals such as myself. Integrating all these perspectives, I offer below 7 ways to evaluate the campaign from a marketing point of view, 2 conceptual and 5 empirical.

Conceptually, what does the marketing concept tell us about it?

2. Long-term marketing concept: but is the campaign in the long-term interests of the customers and of society? According to the analyses by Engagement Labs and by Michael Wolfe (see points 4 and 5), this ad was highly polarizing – possibly the most in recent advertising history. Whether this is good or bad depends on your belief in the importance of the cause.

Empirically, how to evaluate the results for Nike? 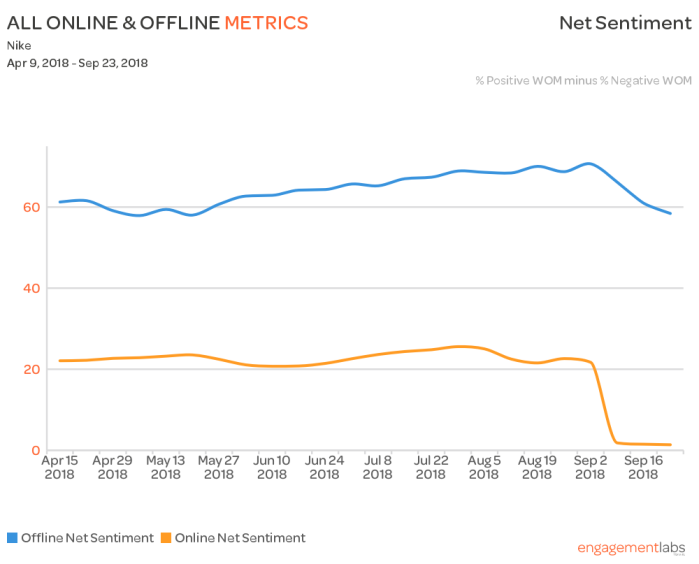 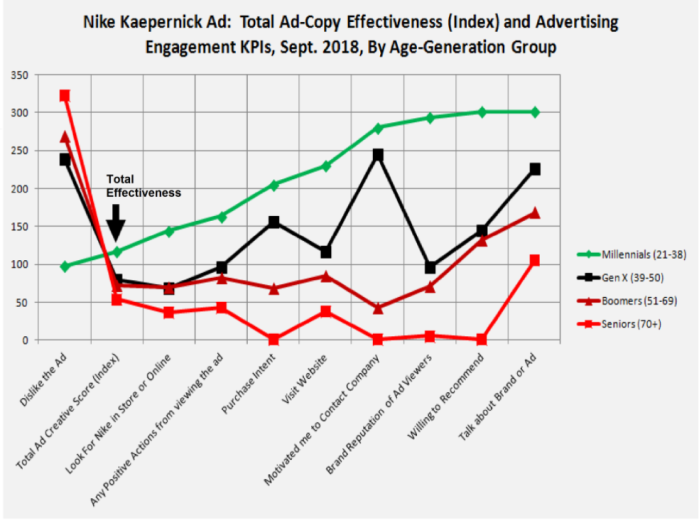 Purchase Intent jumps for Millenials +2X the average of all viewers of the ad (Wolfe).

6. Sales increased online by 31% (http://time.com/5390884/nike-sales-go-up-kaepernick-ad/) and Nike saw a 61% jump in sold-out items (http://lipperalpha.financial.thomsonreuters.com/2018/09/nike-ad-spurs-61-rise-in-sold-out-items/) but we don’t know yet whether this is caused by the ad. I am happy to perform my formal attribution and marketing mix model once Nike shares some detailed time series data.

In sum, my professional evaluation is positive on the marketing concept, earned media, brand equity and the volume of positive conversations, negative on net sentiment, and a question mark on the long-term marketing concept, sales and stock price. What is yours?

Scroll down the page to comment on this blog!